The Battle of Budapest 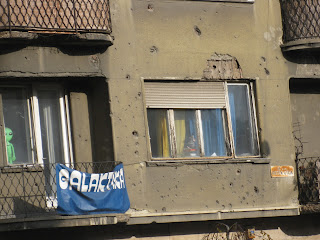 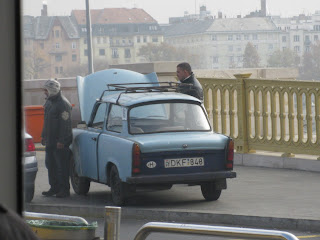 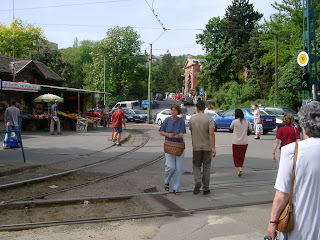 Near Cogwheel Railway and János Kórház
The Battle of Budapest
On 14th February 1945 a fourteen year old Ervin von Galántay woke up from `oblivion´ in a shelter in Lodogi Street where he had been recovering since 11 February when his activities during the Battle for Budapest had left him injured. There was a message for him from a doctor who had been visiting him to attend to his wounds, it read:
ERVIN! Avoid vicinity of Toldy School and don’t go near Donáti Street… There is nobody there alive… Return home to Óbuda, but take care! - February 14th 1945, Dr Kádár Mihály.
The weather during the days before the Battle came to its end was much the same as we have been experiencing here in Germany while I have been reading E. v. Galántay’s Boy Soldier, Budapest, 1944-45. Galántay describes the action in great detail considering the danger he was often in. He does this in the diary that forms the main part of this account of a battle, the scars of which can still be seen in those very streets that I have known so well.
At the end of each month’s entries Galántay has added footnotes and references that explain to me not only what I have not quite understood in his text but also what I have not understood in other stories that I have read and heard about this period.
The book was quite difficult to read, leafing back and forth to maps and references from the main text, but by the time I came to the end I had a clear picture of events as told, mostly, through the eyes of a fourteen-year-old Boy Soldier in Budapest.
I do recommend it. It is not a pleasant read but it is an ey- opener, a glance at a different Budapest to the one that most of us know and love.
Notes
Boy Soldier, Budapest 1944 – 1945, Ervin v. Galántay,
Militaria, 2007, Budapest, Hungary
ISBN: 963 217 645 6
http://www.historynet.com/world-war-ii-siege-of-budapest.htm
Another account of the same period is by K. Ungváry
“The Battle for Budapest”, 100 days in WWII.
IB Tauris & Co. Ltd., London,2003
Posted by Susie Mallett at 00:21

I read this blog entry, Susie, with the photos. I have heard so many personal stories about the “Ostrom” that I too built up a vivid picture in my mind of how terrible it must have been! All my (now mostly dead) relatives had their story to tell since everybody went to Budapest for “safety” during the end-game of the war…

I will try to get hold of this book.