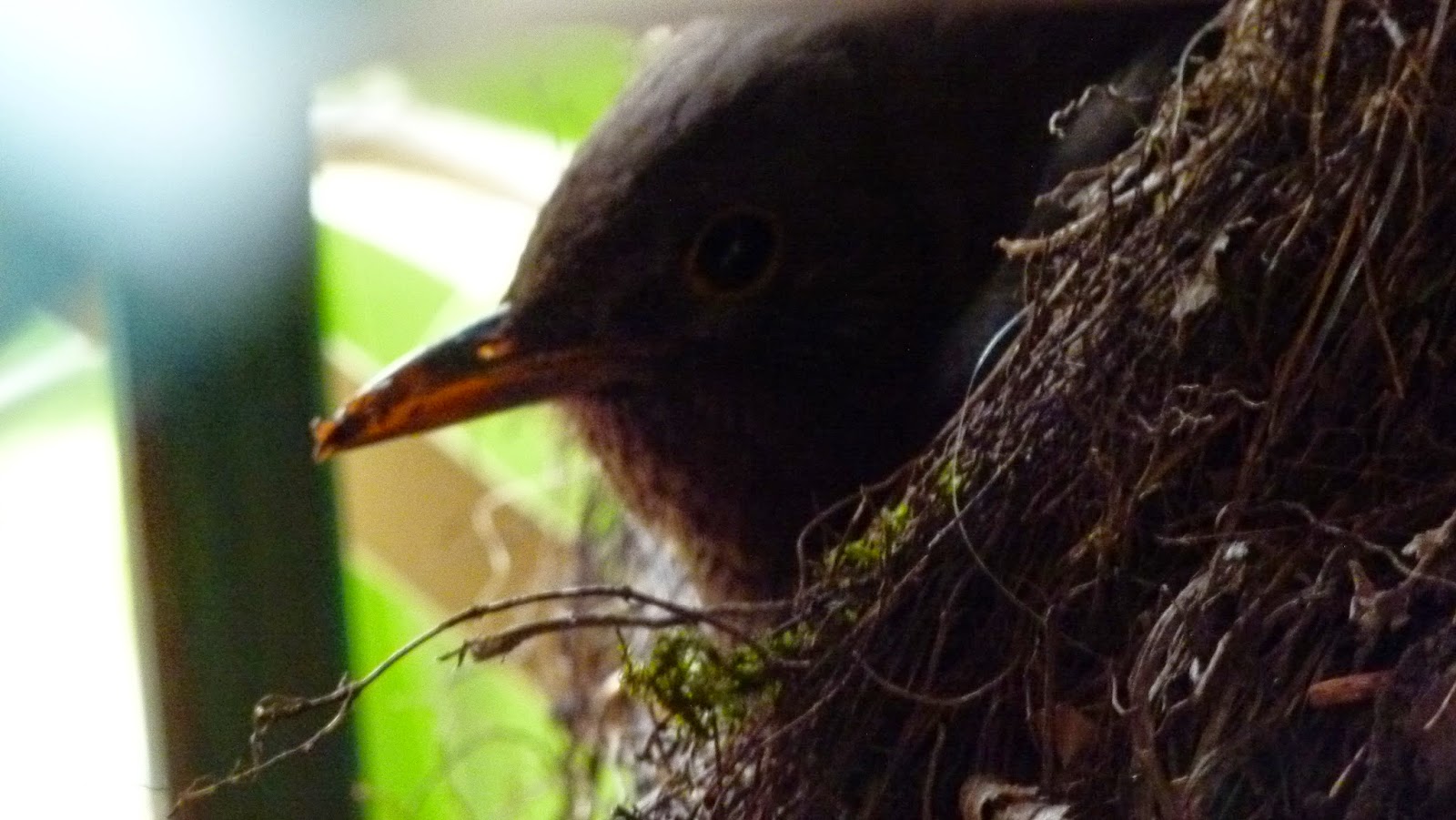 I was so excited when I discovered that my blackbird friends had decided to move in on my balcony again.

I spent a couple of weeks being as quiet as possible so as not to disturb them as a suitable nesting place was found and the female got on with her skillful nest building.

I really was as quiet as possible even as I sat in my deckchair in with by book when I was home early a few evenings, but even so the blackbirds deserted me for almost two weeks.

A few days ago, on Wednesday evening, I noticed that the female bird had been rummaging around in my window boxes again, after wet earth to line her nest. 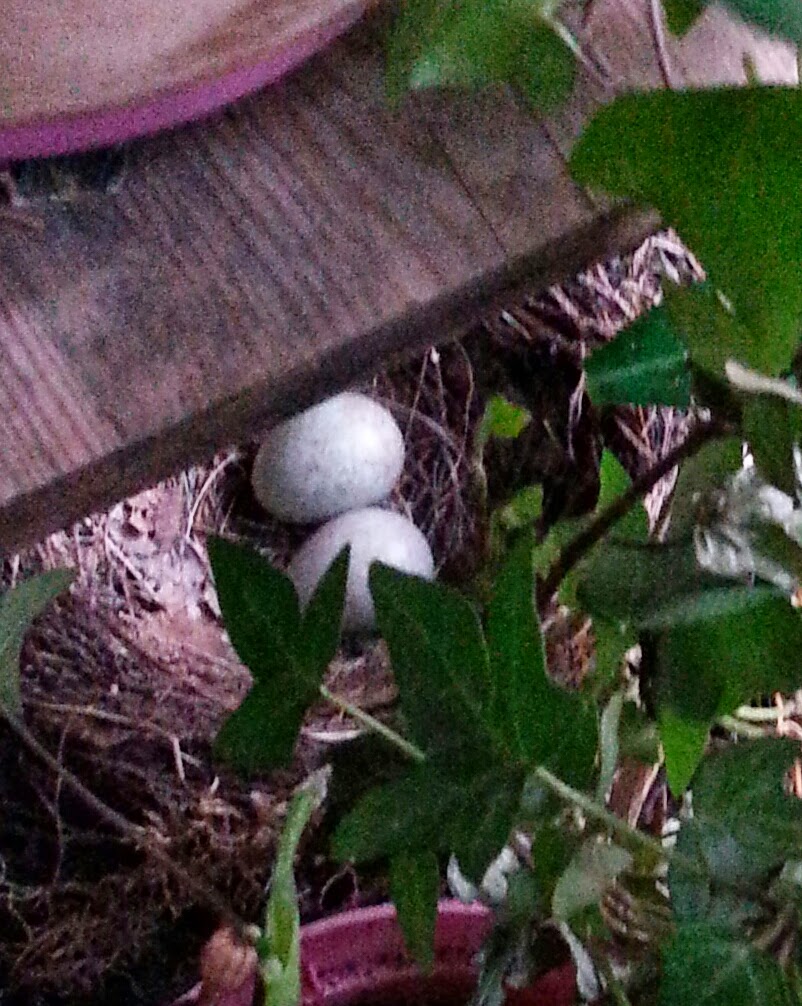 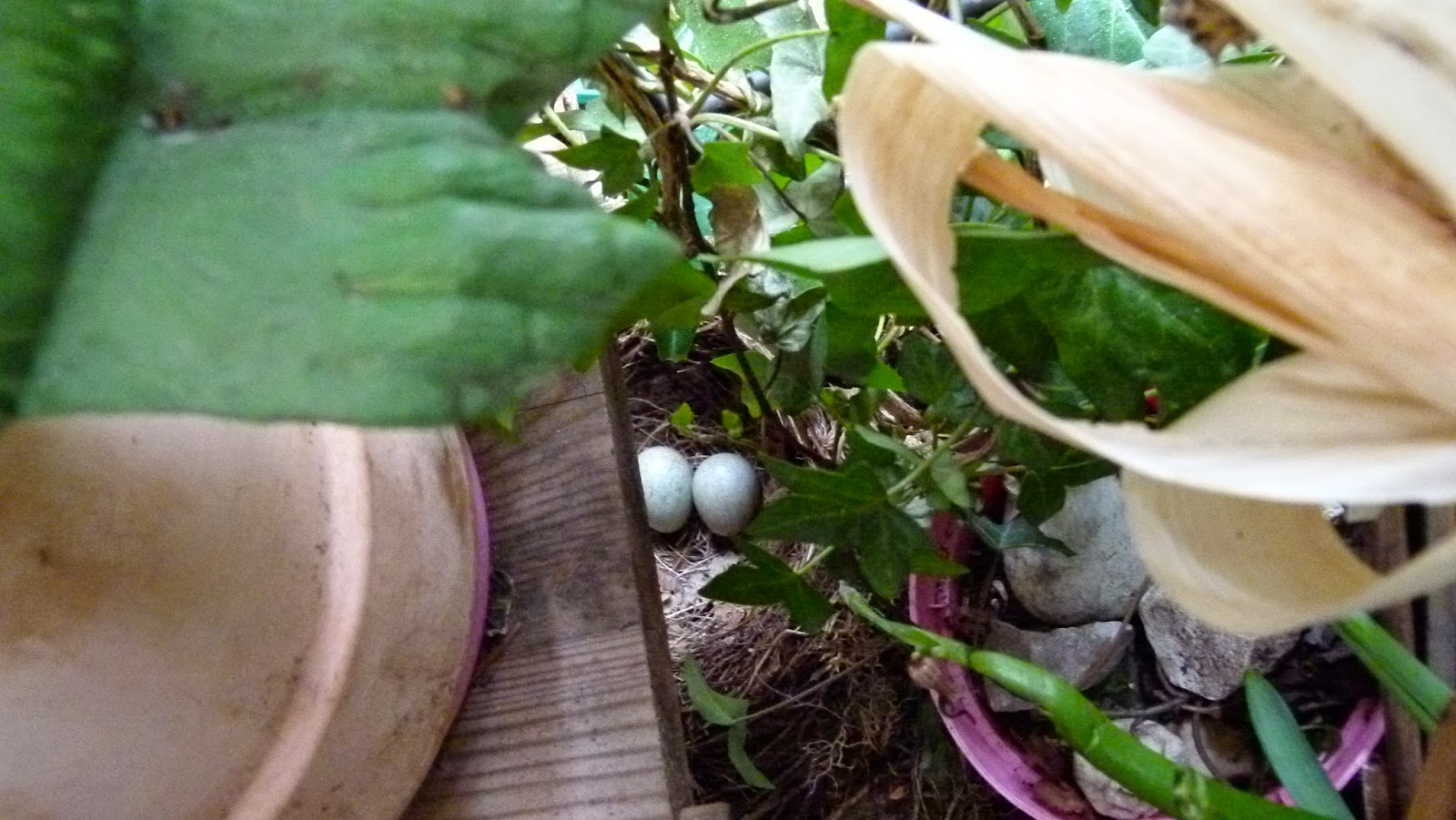 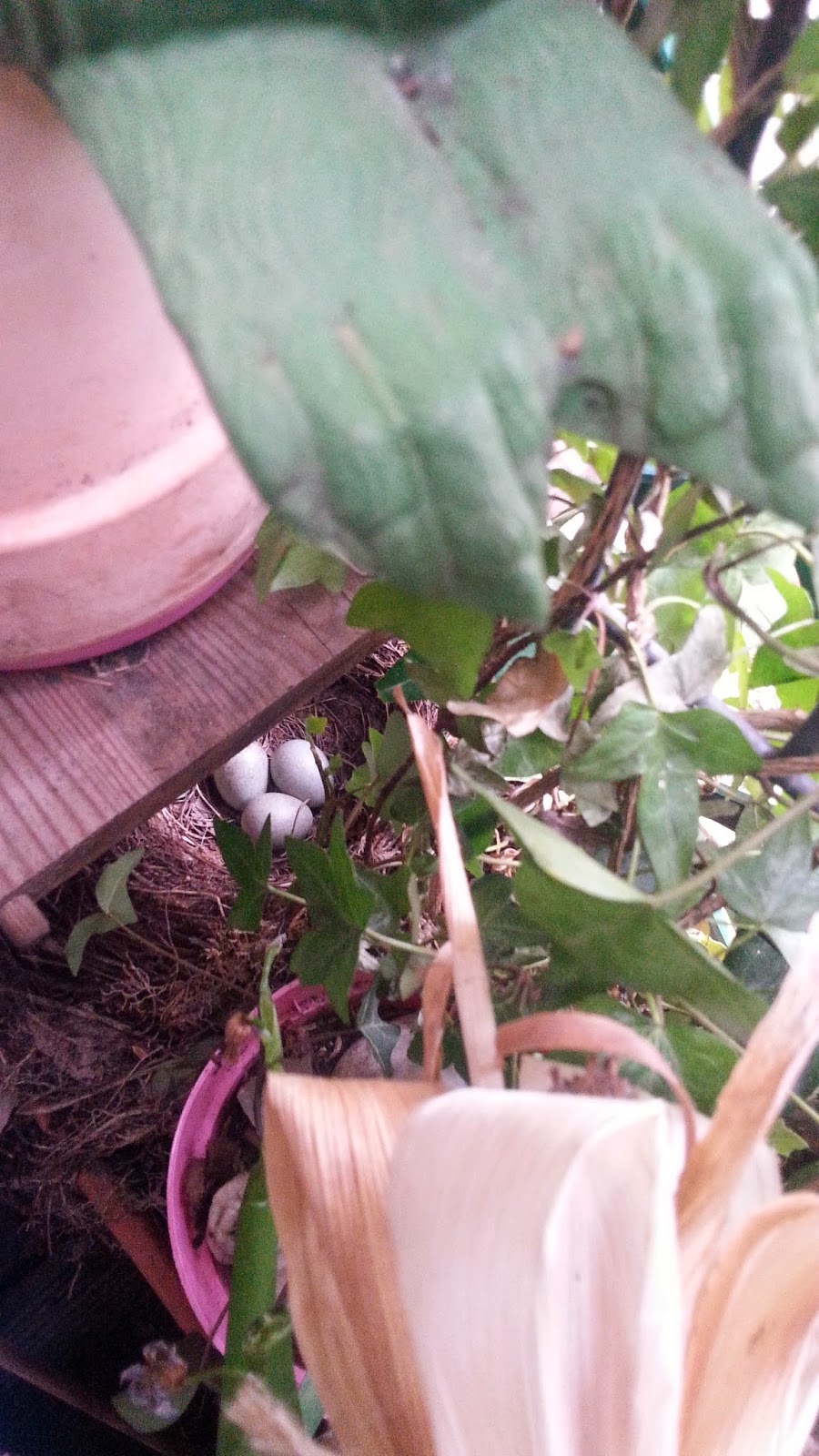 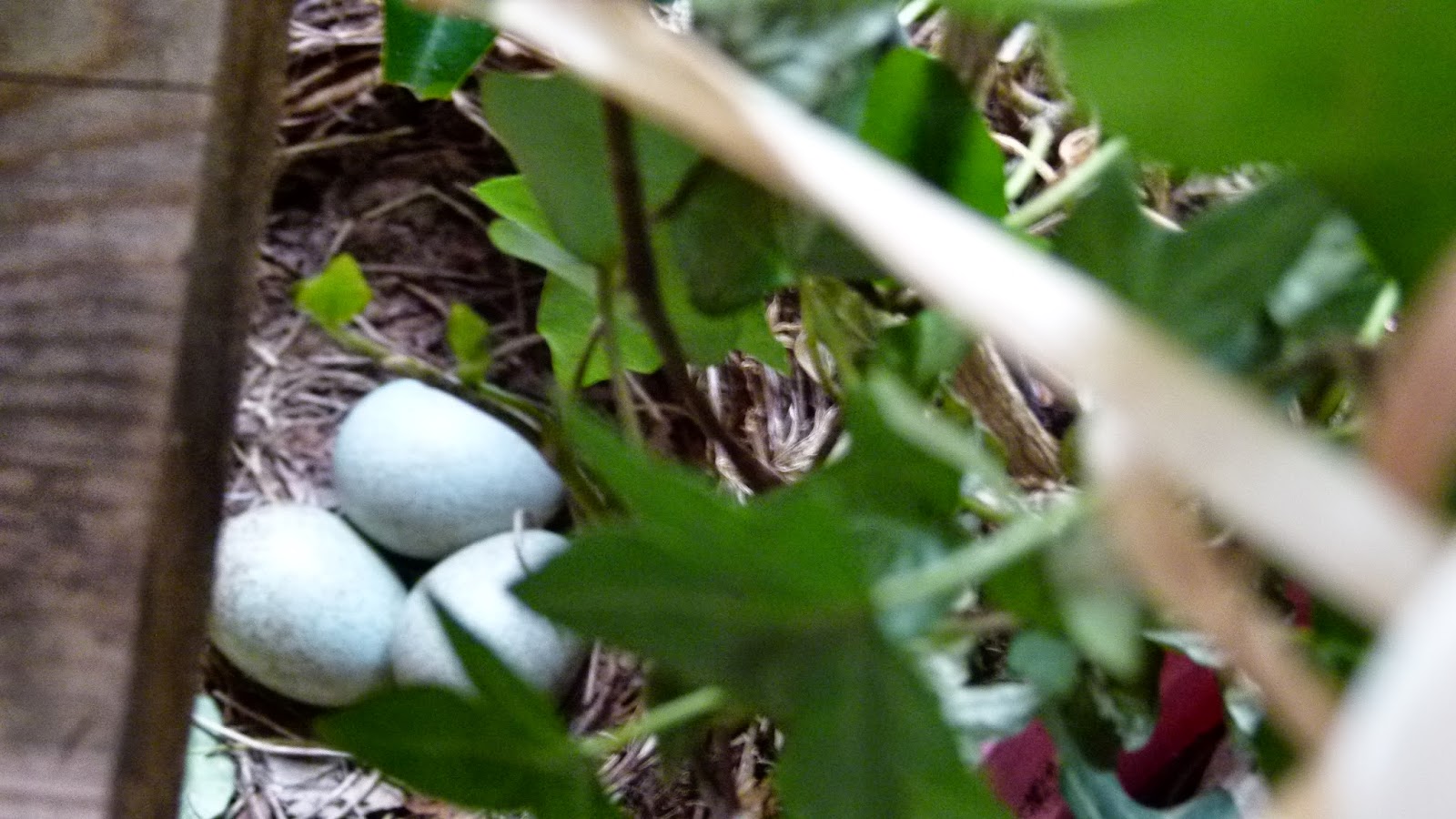 The eggs will be incubated for at least ten days and the chicks fed for another ten days before they fledge, so it looks as if I will be stepping lightly on my balcony for another month.

It has been a birdy week at Kindergarten too this week. Inspired by my new neighbours we have been spotting the birds in our garden and completed a couple of mosaics. 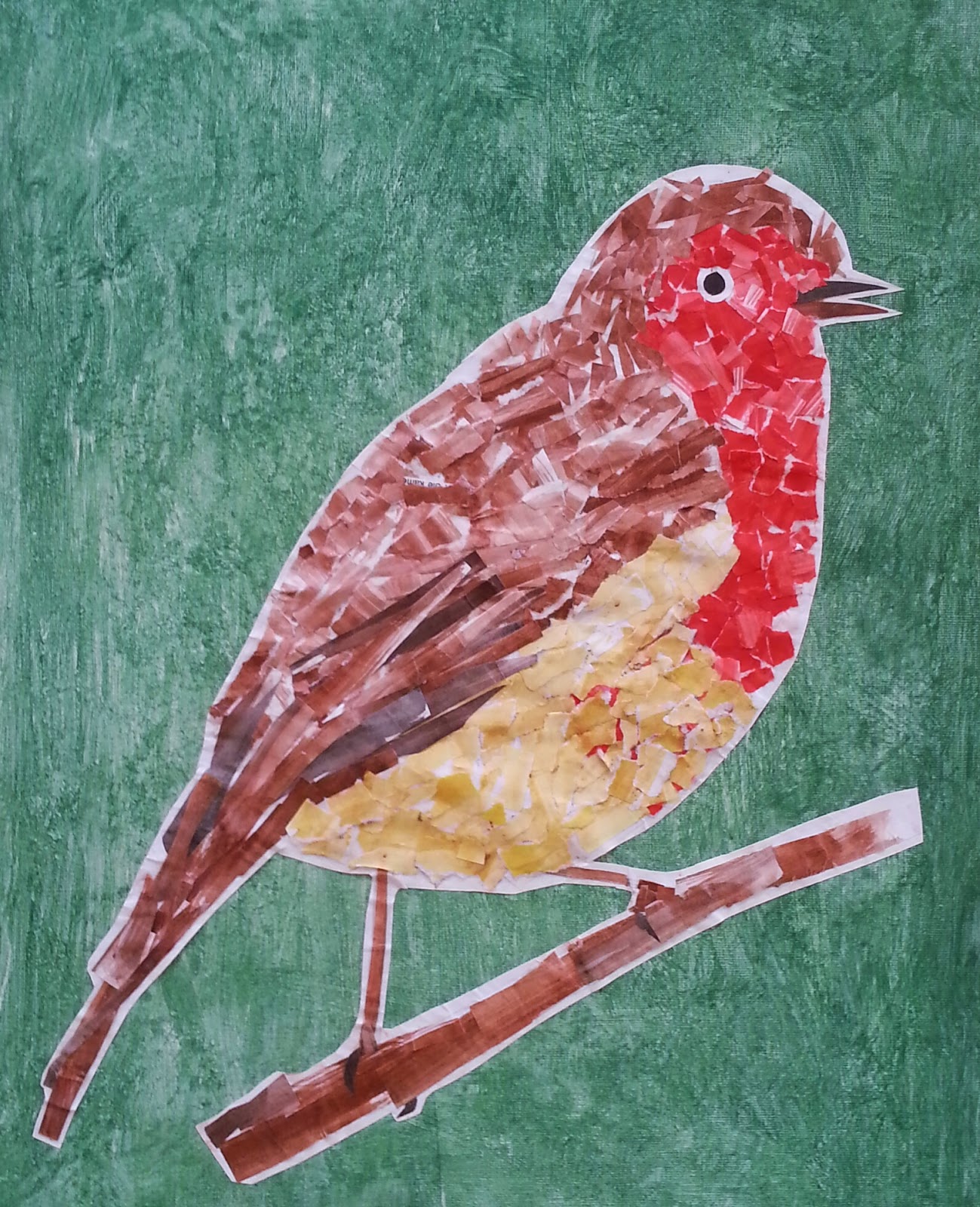 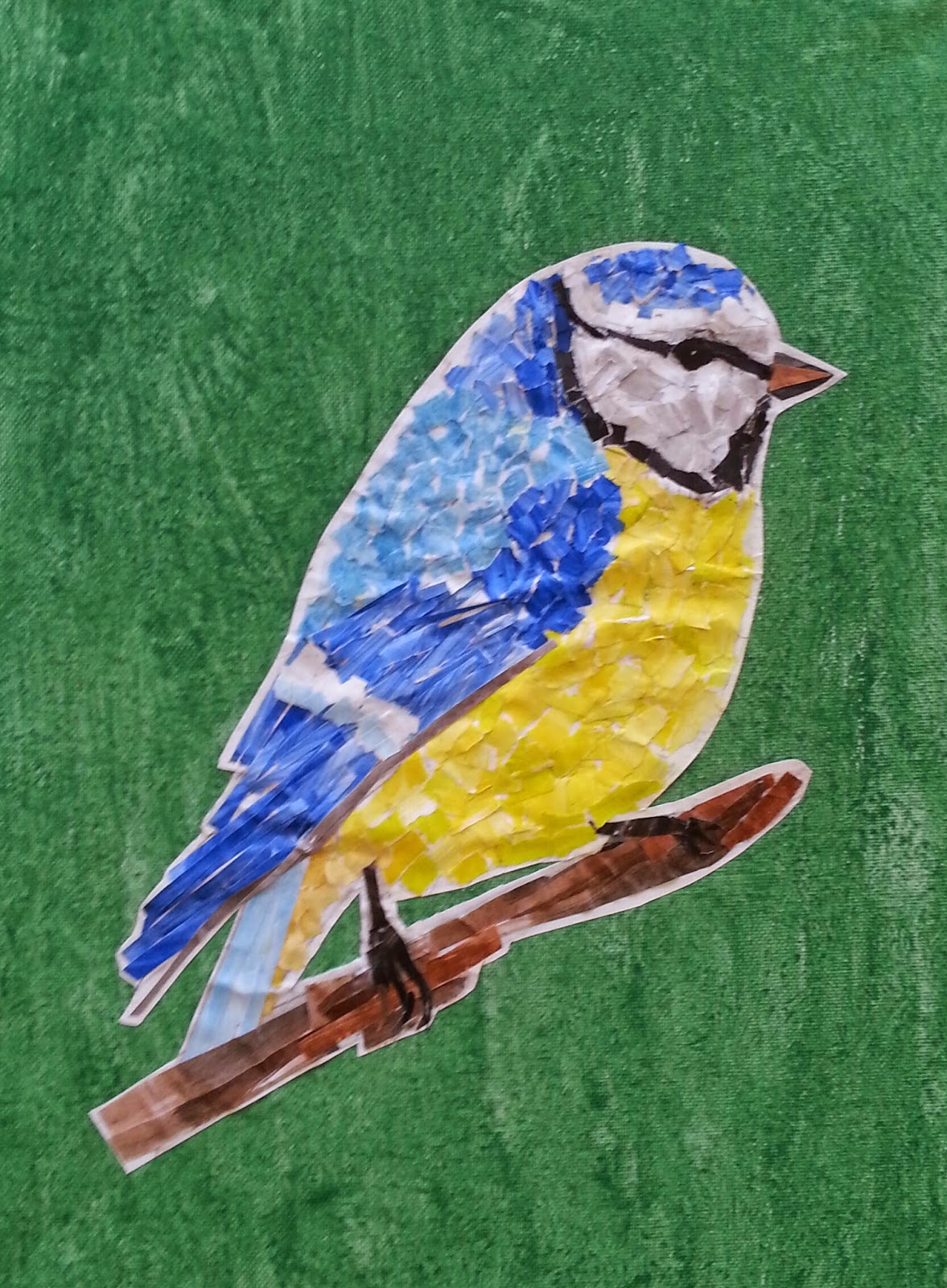