Our Conductive Education centre was well represented at The Second Charity Walk in Nürnberg last weekend.

Last year our integrated conductive Kindergarten benefited when they received a donation of some of the money raised at the first charity walk which was spent on play equipment for their garden. Last year conductors were unable to attend the walk itself, but our Association had been well represented by walkers and runners from other departments..

This year knowing that the Association, and quite possibling one of the conductive groups, was to benefit once again from the  money raised at the walk we made a huge effort to take part with some of our clients. Most of the children had prior arrangements for the weekend but we had a great response from the adults who attend our conductive evening groups.

We assisted five wheelchair users to make their travel arrangements to get to the meeting place and with three conductors and several other members of our association who were to be running, walking or pushing wheelchair users,  we were really well represented and ready for the start. 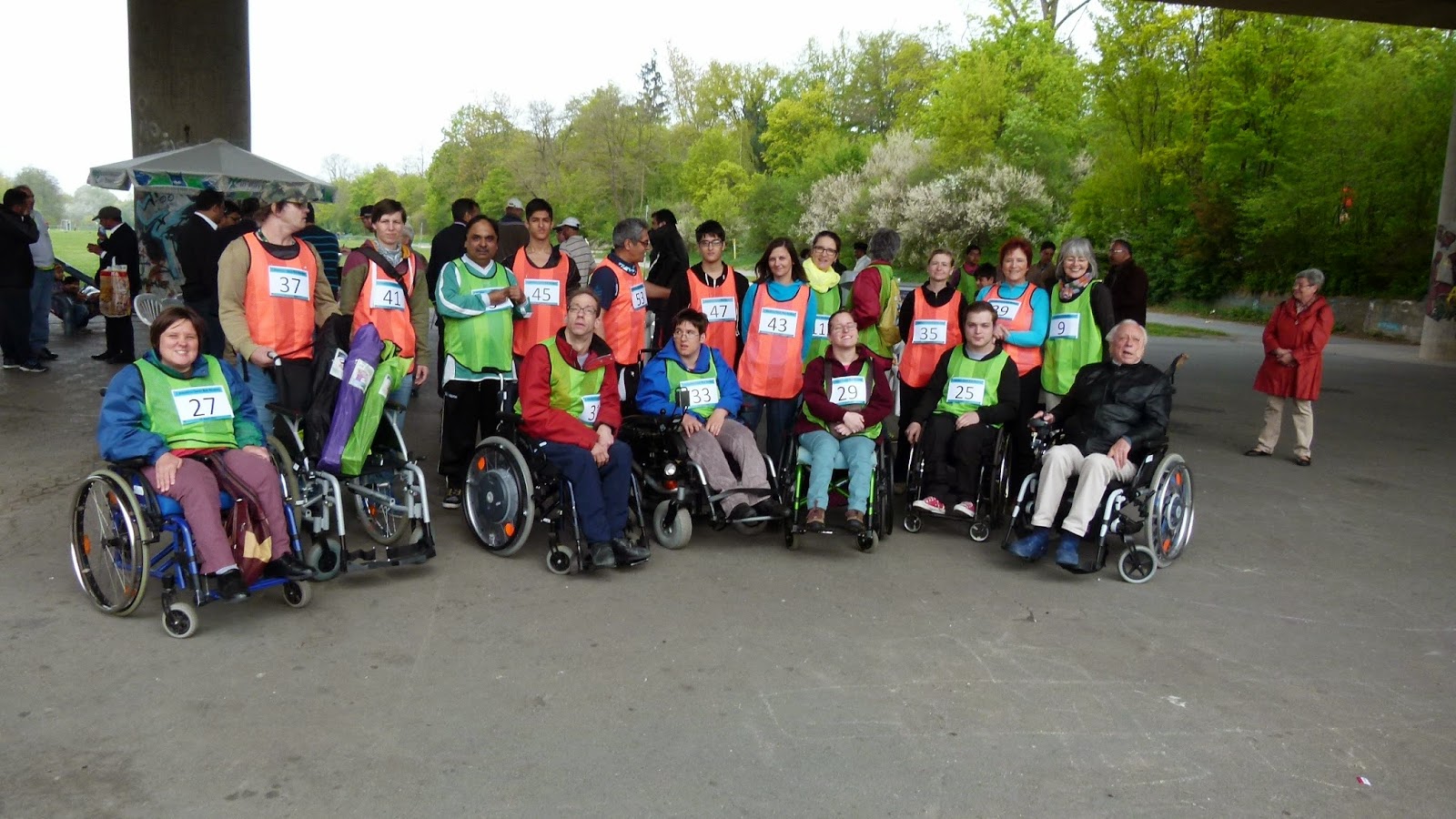 It was rather cold on race day but the rain stayed away long enough and the sun even appeared as we ran or walked. Lunch was served in the dry beneath one of the bridges that span Nürnberg's River Pegnitz and its meadowland. 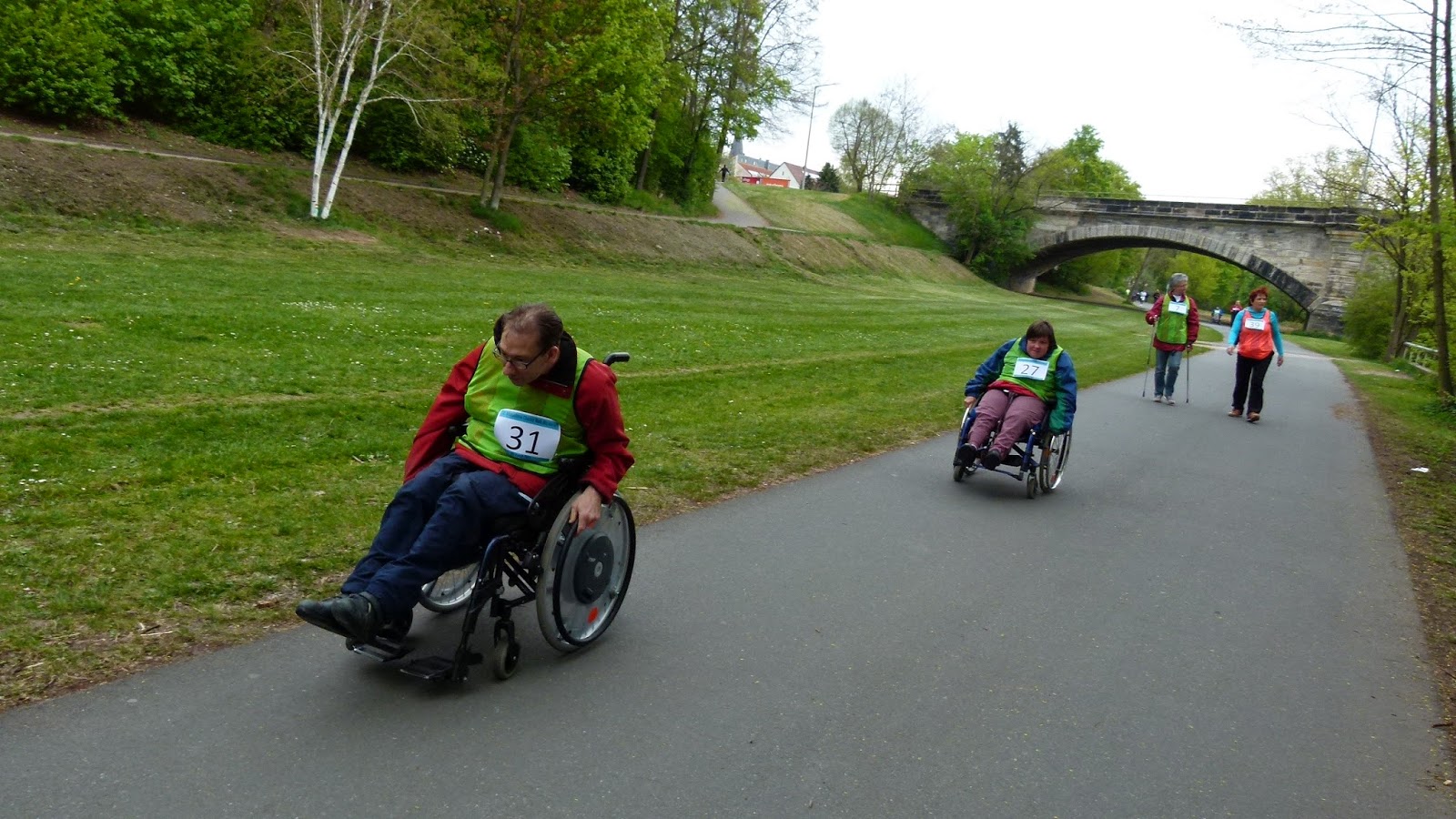 The organisers of the walk were so incredibly kind to us and our clients. They spontaneously set up a new category so that wheelchair users could be included in the medal ceremony at the end. 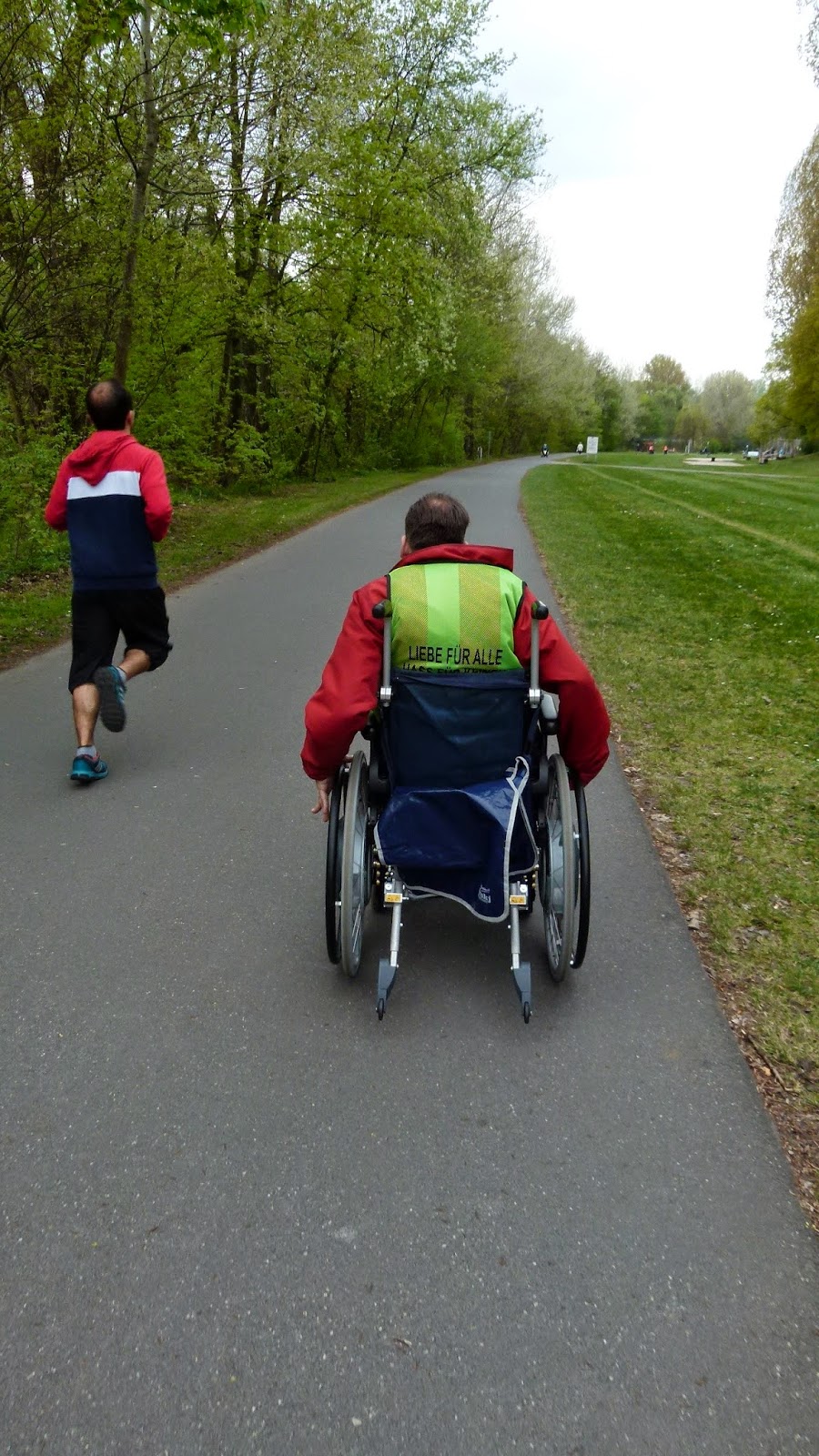 We stayed for lunch and met some very interesting people; fellow walkers and runners who we hope will visit us in our conductive groups in the future to see what use we make of their very welcome donations.

Although it looks like it in the photo that heads this page I did not jog. I was the partner of one of the wheelchair users and although I did try to quicken the pace along the route we moved along at walking pace most of the way.