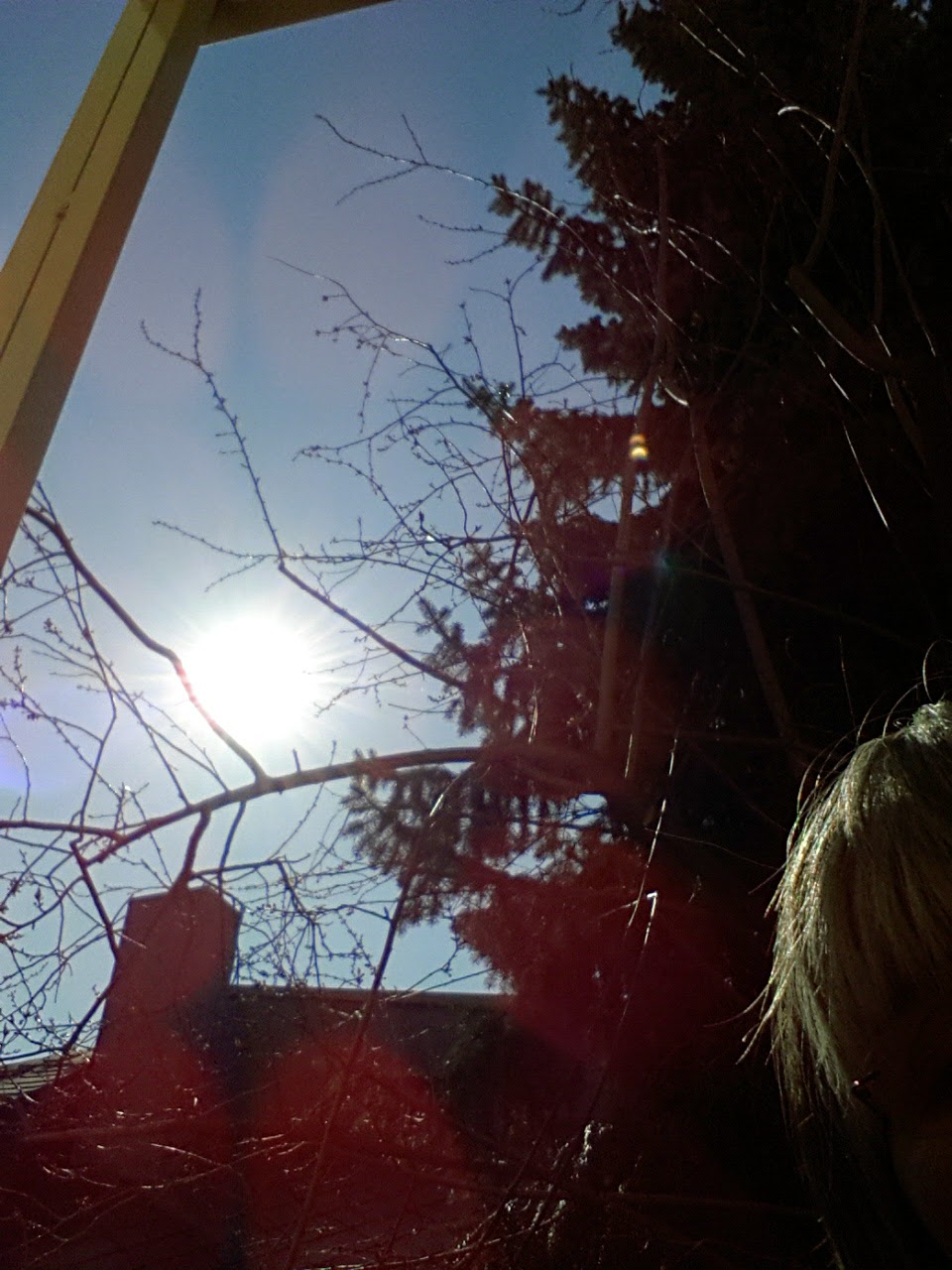 Today I had the morning off and after a leisurely breakfast I was in time to catch the beginning of the solar eclipse.

As I had not realised until last night that this natural phenomenon was taking place today I was unprepared. But late last night I found a video showing me how to produce a pinhole camera in a few minutes.

This morning with only minutes to spare till kick-off I grabbed myself a cardboard box, a piece of tinfoil, a square of white paper, some sticky tape and a knife. 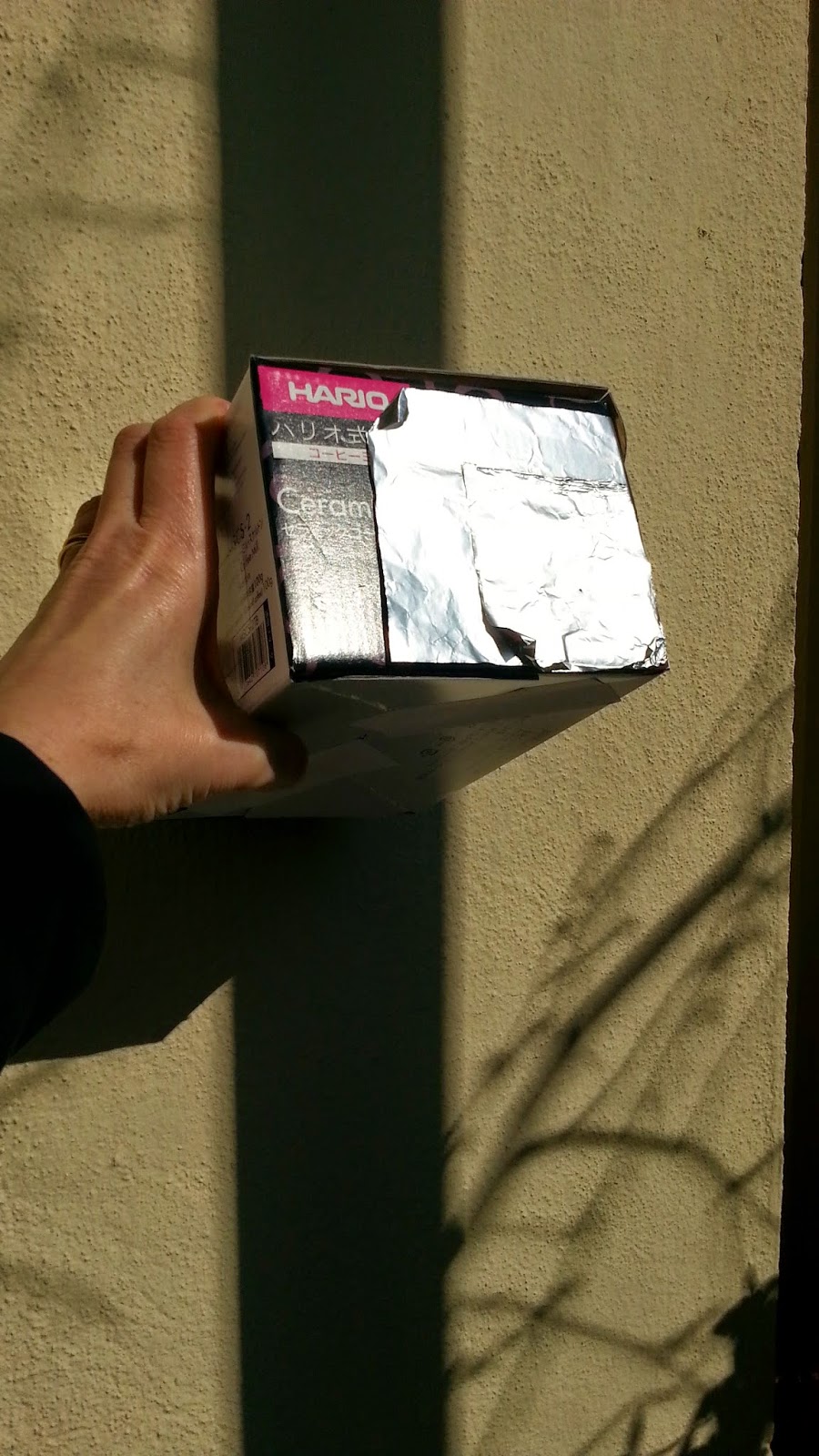 Watching together all across Europe

I was communicating with a friend while I was preparing to watch the eclipse and having built my viewing camera in less than two minutes I recommended it for a fast, last-minute viewing, but my friend preferred a bowl of water on the lawn. I tried this but with the sun not reaching the floor of my balcony it was impossible to arrange. 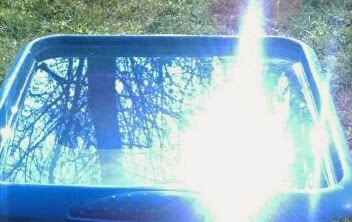 I also phoned my Dad, who I thought would be smoking a piece of glass as he did for me in the mid-sixties to take to school, but there was no sun to be seen in Norwich this morning so he was indoors and had no need for my pinhole-camera instructions, he was however very pleased to have a call from me so early in the morning.

I thought that I would only be able to view the sun from my balcony for part of the eclipse but it was so well timed that it was only after the last part of the moon had passed by that the sun disappeared behind my neighbour’s house. 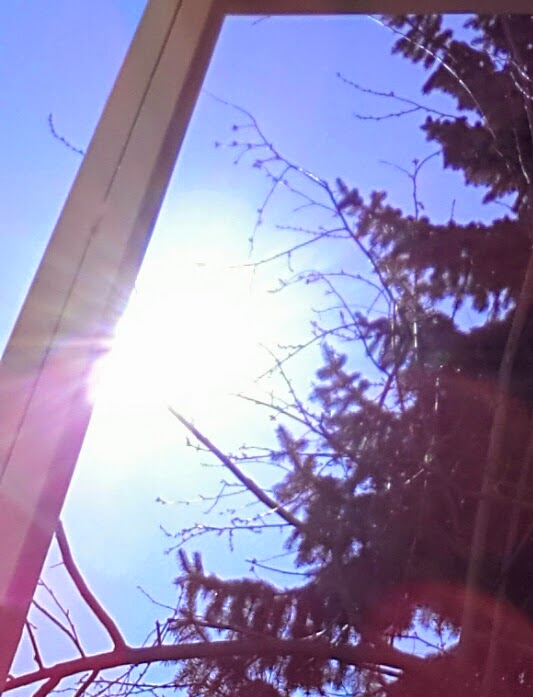 I was so thrilled when I saw the first image on my pinhole-camera screen that I just had to take lots of photographs.

Most noticeable was that I was experiencing an evening sunshine on my balcony where I never have sun in the evenings. The light had that evening quality about it that makes all the colours more vibrant. It was really exciting.

Gradually it got colder too

I have had mornings off work all this week and I have spent most of them sitting on the balcony working. Sheltered out of the wind the sun has had a warming quality but this morning that warmth disappeared only to return when the moon had passed by. 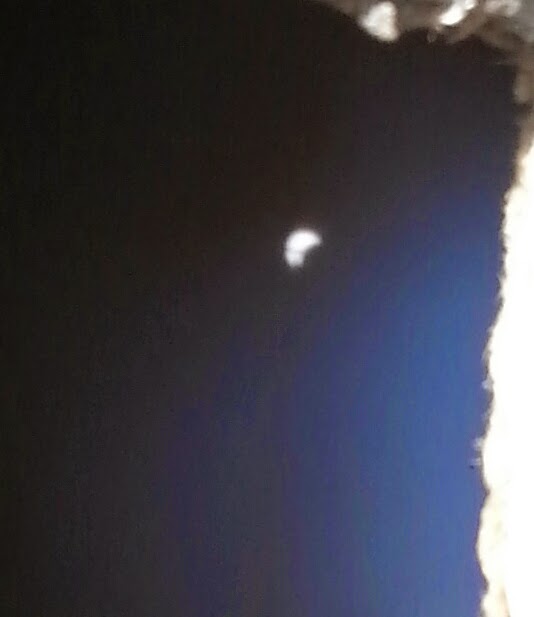 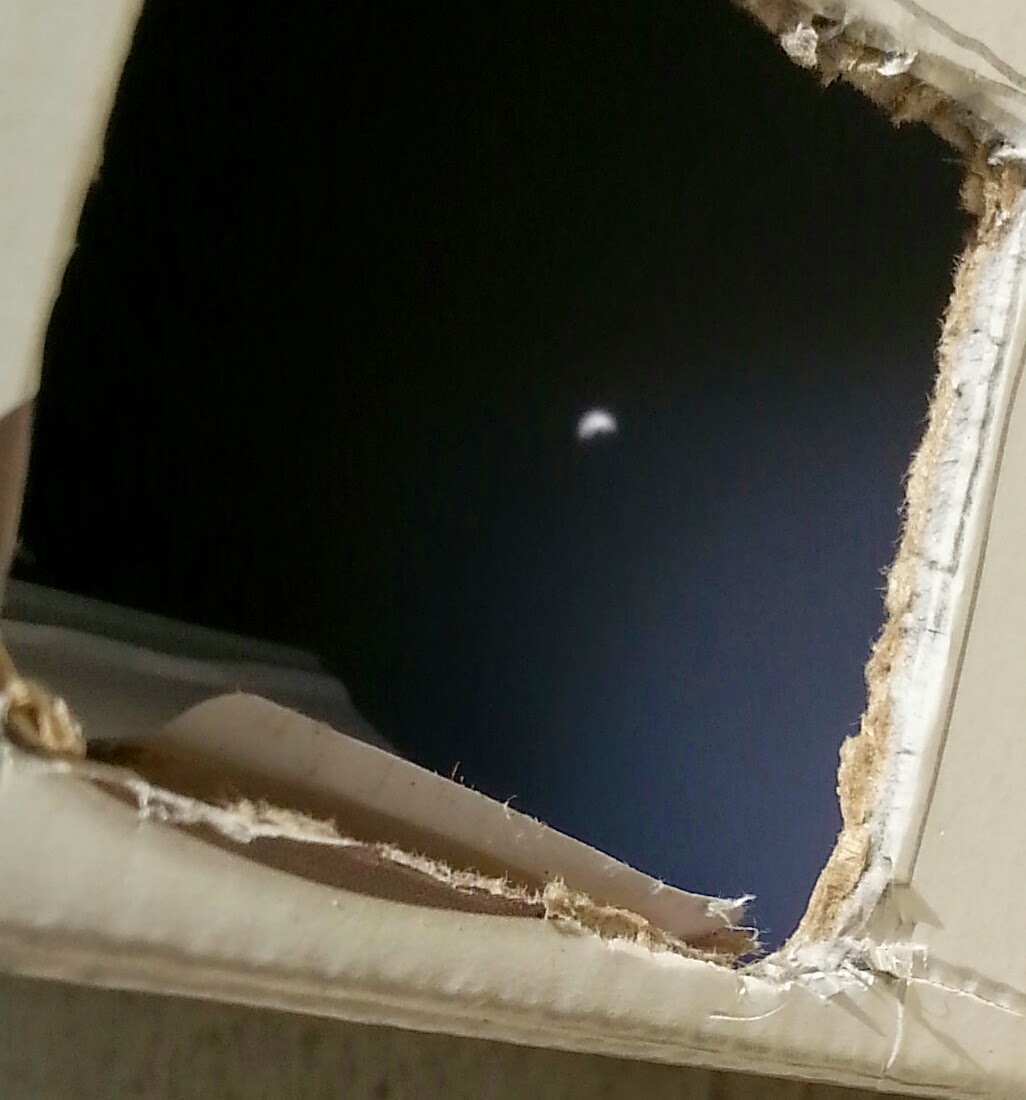 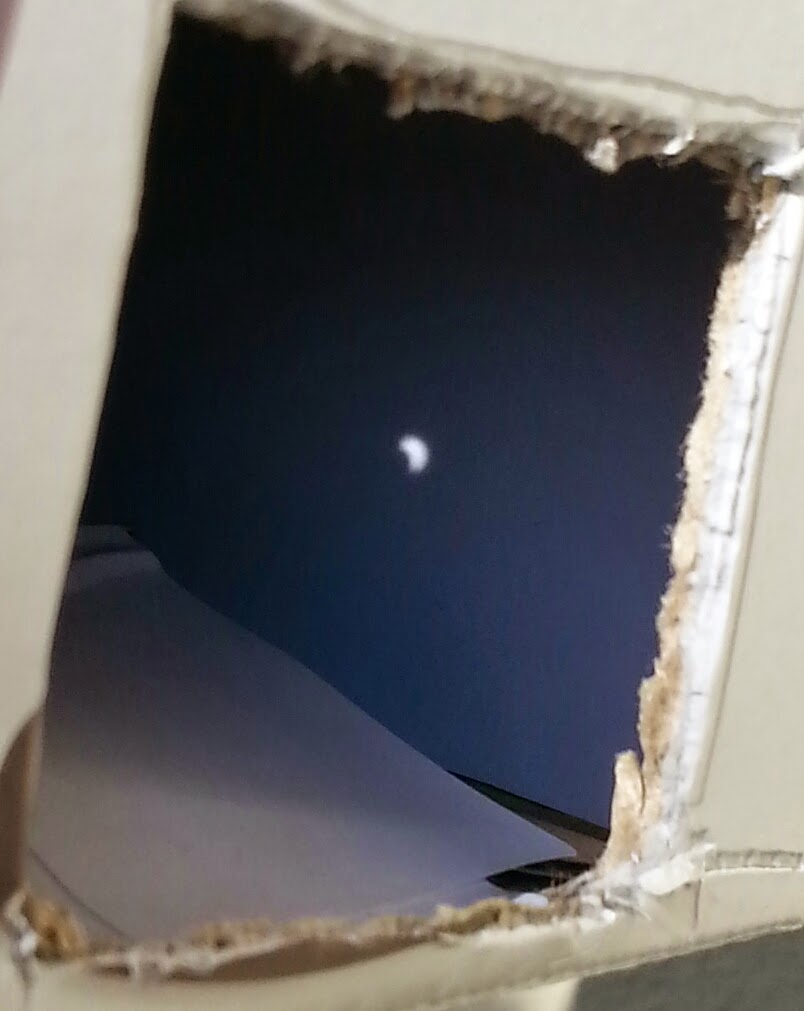 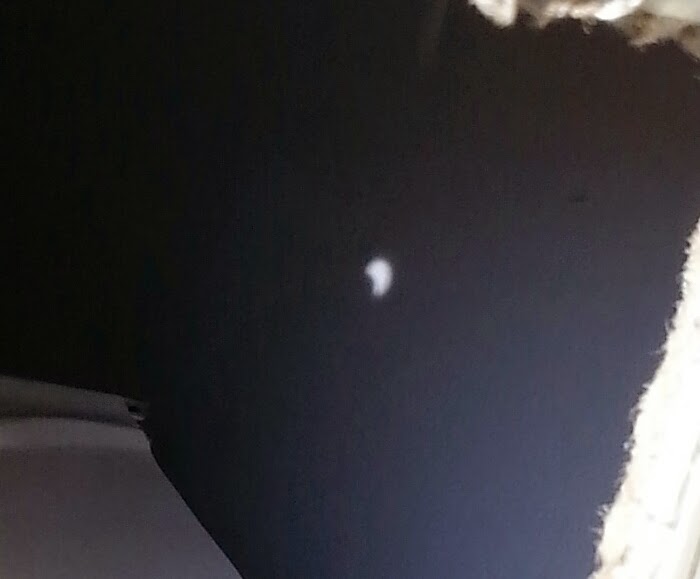 Back to conductive reality

I was sorry to pack up my camera and jump on my bike to go to work. By the time I was out in the countryside on the cycle path the midday sun was make to its normal strength again.

The eclipse had been the favourite subject at lunch yesterday. One little boy had said he was afraid of the eclipse, others were worried about whether mum would have managed to buy some special viewing glasses to take to school or whether they would have to borrow Dad’s welding glasses.

Today the little boy who had told us that he was afraid had lost his fear and happily described to us  – ‘The sun looked like the moon today and we will be able to see it again in a thousand years’ time!’ 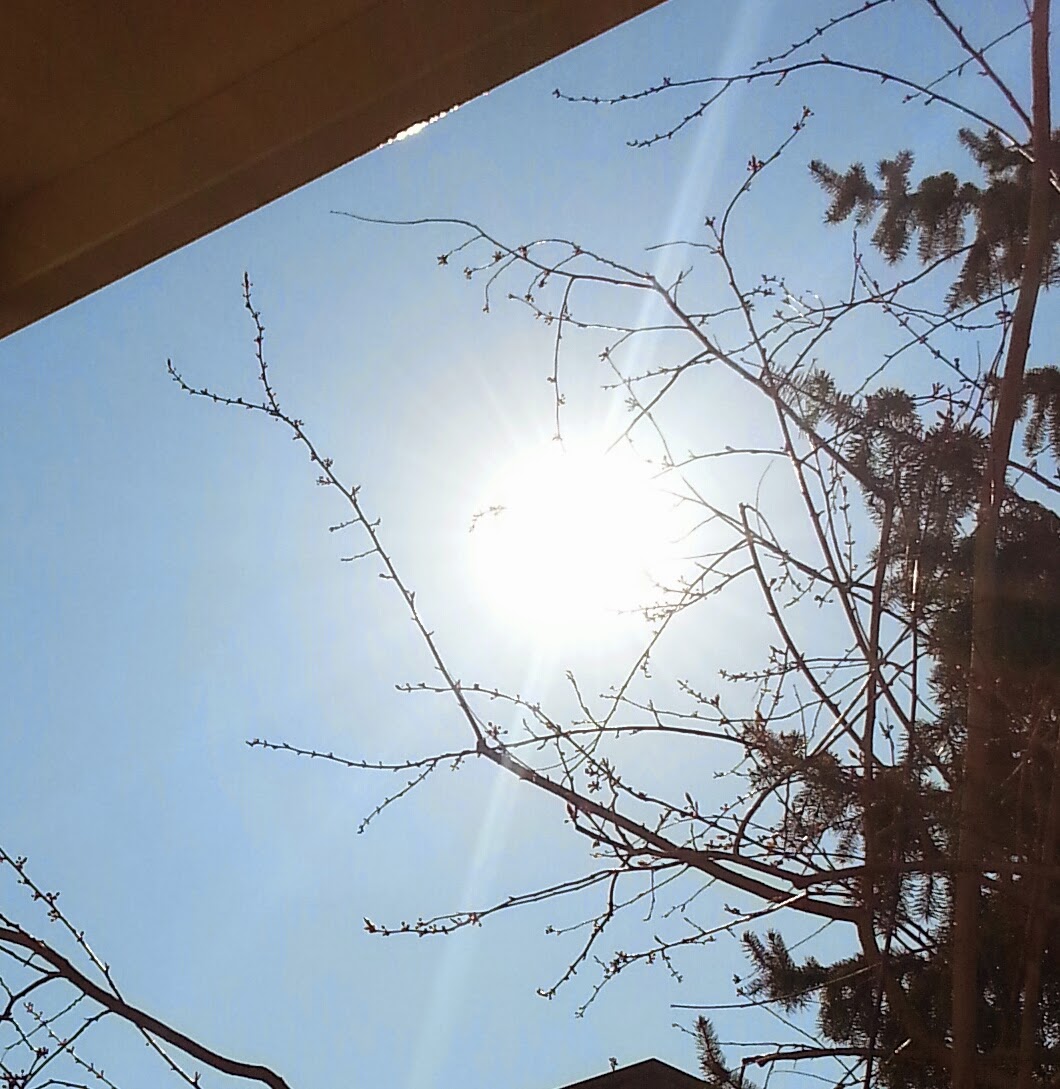