Out and about in Munich in a wheelchair 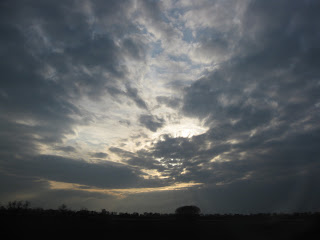 School children and adults fighting their way through Munich by wheelchair

In this article school children and adults complain about what they have to fight against to travel around in Munich. They explain how broken or foul-smelling lifts and with transport staff and members of the public complaining about delays due to wheelchair users, hinder their progress several times each week.

One of the school children suggested that everyone should spend one day out and about in a wheelchair. Then they would know what there is to fight against.

One of my stroke clients expressed a similar sentiment this week when he described when he was in court defending himself in a case to receive a care allowance. It was suggested that it was not necessary as in a few months he would be as right as rain again!

My client did not go as far as to suggest that the speaker of these words should suffer a stroke, but that he should spend a year in a wheelchair with the problems that the stroke had given my client. Whether this had an influence on the outcome we cannot know but the result was in favour of my client.

My partner was a wheelchair-user, I used to sit in his wheelchair around the house but I never did go out in it. I was too worried about getting stuck like we so often did when I was out with my partner and then having to get up and push it home, thus giving a false impression. But the mother of one of my clients did ride several electric wheelchairs the 10 kilometres to town and back. She also used them on the underground in test runs during the months while they were deciding which one was the best for their daughter’s needs.

So yes, despite many improvements during the past twenty years, there still is a lot to be done so that wheelchair users and other people with disability can take an active part in everyday life without extra barriers put in their paths and without hurdles to overcome.
Posted by Susie Mallett at 22:50


And here is another story of railway interest, concerning a wheelchair-user's terrible accident in New Zealand, not the first of its kind.