I love my work 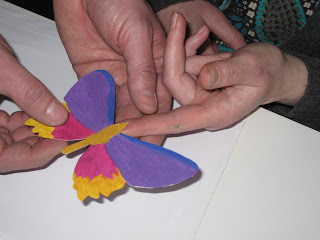 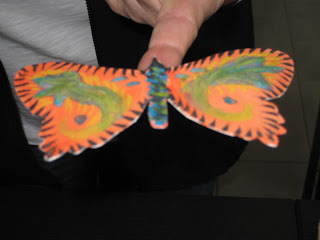 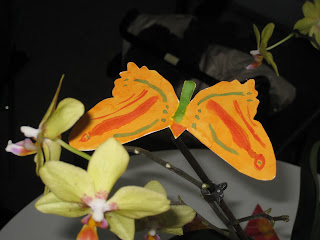 The break is not because I have not had lovely work recently or that my enthusiasm for it has waned but because there has be so much work that I have had not had the time, or indeed the energy, to write about how lovely it is. There have also been trips to the UK in between keeping me busy too.

Those pictures were taken two weeks ago at the first of two sessions that I and my colleague offered to InBestForm, an advisory and activity centre in Nürnberg, part of the Association that provides Conductive Education for babies, children and adults in Nürnberg.

There will be another set of pictures to be seen on facebook tomorrow from our second session that took place today.

It is a long time since I worked in such a large group. I think that it was probably in the Petö Institute in the early 1990s. I was reminded of working in a large Parkinson's group, as the atmosphere was very similar.

We worked today and last week with a mixed group of elderly people and people with neurological illness and disability. It is part of a project to integrate disabled and non-disabled adults in the local community and it worked incredibly well.

How many conductors would mix up a group of stroke and MS clients with a group of elderly people with arthritis and hip replacements in their normal practice? I have often thought about doing work of this kind, I have thought about offering groups for the elderly, for young girls with eating disorders, for autisms, or for young mothers with their babies, but it is really only because the group today was already established and that they invited me to do a course that I have been able to move very slightly away from CE for people with a motor disorder towards CE in the community. It is a very exciting and welcome step along the path that I follow in conductive upbringing and lifestyles.

I am very grateful that the word has spread about our work throughout the Association. We now have two integrated conductive kindergartens and two integrated conductive crèches. We have babies coming for individual sessions and I work closely with children included in mainstream schooling, some of whom attend afternoon conductive group sessions. We have adults groups for stroke, MS and cerebral palsy, and know I am pleased to say that we have integrated groups for adults!

I wonder how the people in the office would react if I offered them an hour a week to get them out of their chairs infront of computers?

Having fun at work

It was hard work being confronted with a large new group all at once. This happens very rarely but we worked well together from the start and we had so much fun.

I was surrounded by many enthusiastic people with their smiling faces but I also heard the creaks and groans in their bodies, as well as in mine! We had a good work-out together. When the going got tougher one lady even asked me whether vocal expelatives were allowed!
I, whose bike has been in the cellar for nearly six months, also felt the benefits of being active in a group. I was inspired, energized and, who knows, maybe even motivated to get the bike out next week. I hope that the group of very friendly people were also motivated and will return soon when we are able to offer them a ten-session course.

Many souls are singing

I went home exhausted but my soul was very happy and I think that the souls of our clients were singing too.

Before we began I spoke for a few minutes about our work, about its origins and about my path to becoming a conductor: I then offered the opportunity for questions to be asked at various points throughout the two hours. I also had questions to ask myself as this was not a group of people who I had met before and with whom I had had the opportunity to discuss their needs and what we can offer them.


We were all discovering and learning as we went along, my colleague and I were observing how and where people needed help, while our clients learnt what it was like to work in a group, to keep to a given rhythm and to share each other’s successes.

Of course I asked them all about any special needs, about any aches and pains, replacement joints and arthritis before we set off. I also talked about the need to learn self-control, to learn when to stop for a break, when to join in and when to take it slowly. We then took it from there.

As we were such a large group and I only had one colleague with me it was a busy two hours. Having rushed across town from our regular stroke group in the morning, that was also full of new success, to get to the this next group in the afternoon, and having had a photographer and film maker following us all day, we were suddenly feeling very exhausted at the end of the day.

But oh how nice it was to soak in a bath tired out from a lovely day’s work, exhilarated by having shared my own enthusiasms and from inspiring the enthusiasms of others.


A world beyond disability

Happy souls went home from the groups today. And I am particularly happy to be working at last in a world beyond disability where I have always felt that there is a place and a need for conductive living.

I have always thought that if I have found a place in my own lifestyle for conductive living then there is surely a place for it in the lives of many others out there in our local community. Today proved that this is the case when we were greeted for a second time with such enthusiasm and motivation to be active.

I thank the whole team for making these sessions possible and I look forward very much to the beginning of the new course at InBestForm.