What a funny world of languages 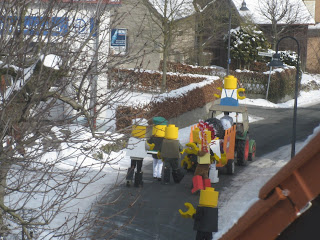 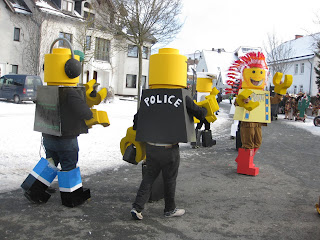 ‘Frau P, can I do the Lego programme today?’

That was the greeting my colleague received every morning last week from the oldest child in our conductive Kindergarten group.

He meant that he wanted to lead the lying programme.

He had been invited to have a go a few days before so that he could experience what it was like to have to speak at the same time as a child who just never leaves off chattering, a child just like he is. My colleague swapped places with him and she pretended to be the chattering child. He did very well and had been pleading ever since to lead the ‘Lego programme’!

An explanation is needed 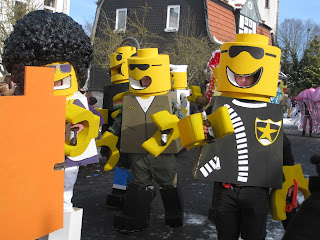 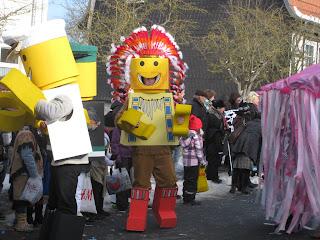 But I do not know where to begin.

Do I explain first where the word Lego comes from, or do I describe the variety in the life in our group with its so many languages and funny accents?

Let me begin with the languages

Russian, French, Arabic, Turkish, German, Spanish, Greek, English and Hungarian. Take your pick – there is at least one person in the group who will converse with you no matter which of these languages you choose.

Even if you decide to speak German with a strange accent, like I do, the children won’t mind, in fact most of them will have one too and the others will have great fun copying you.

When these children began Kindergarten those with no native German speaker as a parent would probably have had little to no exposure to the German language. Those with one German parent are usually fluent in German and perhaps also in a second language.

Most of those children whose first language could be Russian, French, Arabic, Turkish, German, Spanish, Greek or Hungarian, pick up German very quickly while playing with their friends all day long in Kindergarten.

Even so, as they get older they all attend German-language classes during their pre-school year to get them up to scratch so that reading-, writing-, and arithmetic-learning does not come any harder than to their German peers.

This is just what the little Turkish boy who wanted to lead the Lego/lying programme has been doing for over a year now. He has blossomed since his language classes began. He has developed such good skills with the German language that we are at last able to experience his wonderful sense of humour at last. We are also able to experience his never-ending chatter.

That brings us back to why he was offered the opportunity to try to lead the lying programme while a conductor pretending to be a child was chattering continuously.

He loved leading the Lego Programme 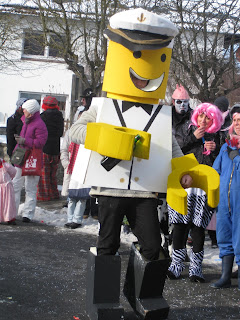 The lying programme in German is the Liegeprogramm. The German word Liege sounds like ‘Lee-ge’.

These two different words sound very similar to a seven-year-old Turkish boy whose bedroom floor is cover with Lego bricks! So, just as I swapped csipő (hips) for cipő (shoes) throughout my first Hungarian lying programme exam, this child replaced Liege for Lego, and I doubt, just like for a while in that spina bifida group in the Pető Institute long ago, it will ever be the quite same again!

I think that these children with different mother tongues do amazingly well. There is also a Columbian, an Iraqi and another Hungarian in the larger Kindergarten group but the rest of the fifteen children there are German and there are native German-speaking staff-members.

All the children have ample opportunities to hear Germans speak German in our integrated Kindergarten.

I often wonder whether we are an integrated Kindergarten because we have children with and without motor disorders or because we have so many different languages and cultures amongst us.

When these children come to the three-week long Pető sessions it is more difficult for them to develop their language skills and we have a lot of fun while discovering about the different foods that children bring with them for breakfast, and from learning new words and from teasing each other about our strange pronunciations.

We all now sing Frère Jacques in four different languages. I learnt this song as a child in French not English and this is always my first choice of language when I sing it. Later I learnt it at the Pető Institute in Hungarian and at the same time, also from the Hungarians, I learnt it in English. Now we all sing it together in German.

One day while working in this same group I was singing along in my Norfolk-accented French when I heard someone singing along with me. It was a four-year-old boy, the newest member of the group, whose father from Cameroon speaks French at home.

But just wait a minute!

That was not French that I was hearing, it was German, but it sounded just like the words that I was singing. The rhythm was the same the melody of the voice was the same but something was not quite right.

That is just about German and means —

The child who sang this solo speaks German almost exclusively but his father speaks to him in French. He understands his Dad but responds in German. It is almost that he refuses to speak in French, as was the case in this song.

Tuning in our ears

So in our multi-cultural Pető group we take part in Lego programmes, usually without the bricks and sing about Difficult Things instead of Brother John. We also have a great deal of fun and what outsiders think when they first hear us all, goodness knows! I hope that it is as funny for their ears as it is for our own.

Conductors who have moved from other countries to train to be conductors or to work in their trade will know and understand the problems that the children in this particular integrated conductive Kindergarten are up against.

Most clients outside of Hungary who are receiving a conductive education and upbringing from conductors will have experienced their mother tongue being spoken in a foreign accent. It always amazes me how well these children do. They seem to understand almost through osmosis what to do, just as I am convinced that this is how I first functioned when I began my training at the PAI.

How foreign is foreign?

I often tell the story about one of my very few early experiences of working conductively in English. It was with twin four-year-old Polish boys in Canada who had, in their short lives, mostly experienced the English language as spoken by Hungarian conductors. It was quite obvious at the start of our work that they did not understand my Norfolk-English. They thought that I was really foreign although I had actually felt so at home over there in that part of the British Commonwealth.

What to call what? That is something that crops up less often these days as a theme for discussion. As conductive work becomes established in different countries words for what we do, what we use and what we wish to describe become established within the conductive community. We often forget that they are not understood outside our conductive worlds.

Recently I was spontaneously asked to speak in English about the up and coming World Congress for Conductive Education, for a voice-over on a film. This happened in Germany. No problem one might assume for an English native speaker. My Hungarian colleagues all thought so too, but it was a huge problem for me. I had no idea where to begin I did not know what people say in English. Yes, perhaps I am a native English-speaker, but not one who has spoken about conductive upbringing using the English terminology that I required now. I declined that spontaneous request!

The different languages and cultures in my life

I would really miss the multi-culture in my conductive lifestyle if I only worked and lived only in my native Englishness.

I know that my work would be very different if I were not English but it would also be very different again if I was not influenced by so many other cultures and languages. I hope that the lives of our littlies in Kindergarten are enriched from the integration of cultures just as they are enriched by their integration with children with, and without, motor disorders.