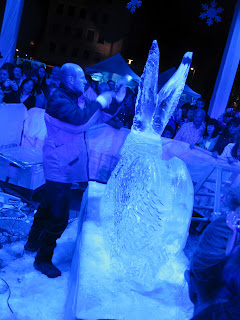 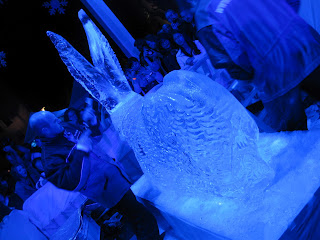 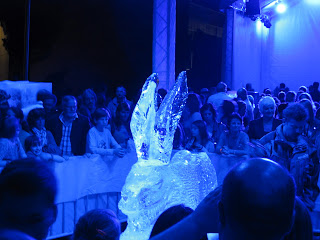 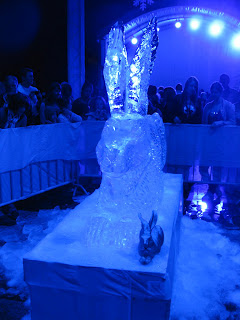 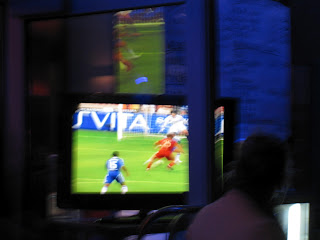 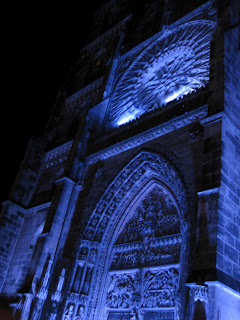 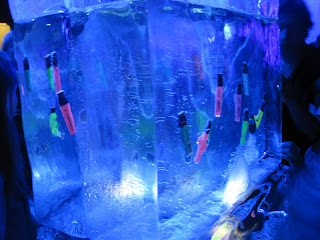 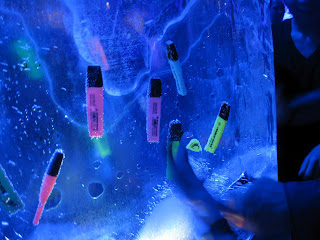 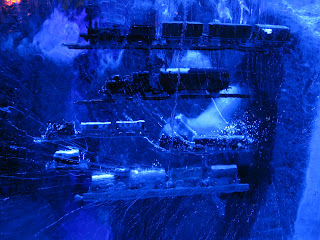 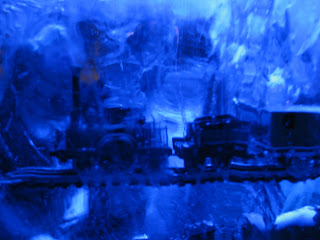 The night was blue in Nürnberg

And, as it turned out after much excitement, in Munich too!

In Nürnberg this Saturday was the night when my hair turns blue hair, lamps in the city-centre cast blue rays on the visitors and buildings, and the night when many museums and cultural centres offer special events, many staying open until the early hours of Sunday.
In Nürnberg it was Blaue-Nacht 2012:

In Munich, though, the blue was due to the Champion’s League final. Bayern Munich, in the red, was playing Chelsea, in the blue!

By the time the final whistle blew after extra time, and after an exciting penalty shoot-out was over, the city of Munich was blue too, Chelsea-Blue!

There were not as many people as usual walking through Nürnberg's city streets this Blue Night, despite its being much warmer than it often is. There were, however, many large television screens in the pavement cafes and every seat was taken.

As I walked from one street event to another I took a look now and then to see how the football score was progressing. The only roar to be heard when Chelsea equalised with only minutes to go came from the Irish Pub! That was the only place where I dared to let a smile cross my face.

Surrounding the ice-sculpting enclosure were blocks of ice in which products that are 'Made-in-Nürnberg' were frozen. There were pencils and pens from the various pencil manufacturers, ice-creams and, of course, toys.

Many children of all ages were standing with their hands on the ice, melting the spot where they hoped to release their favourite coloured felt-pen. I wonder how many hours they had to wait until the ice melted enough to remove the objects held inside.

Relaxing outside the Ateleier Café

As always I ended the evening in what I consider to be my back-garden terrace listening to live music in my favourite café, Café in Atelier.