I nearly danced on the table “à la Dr Hári”! 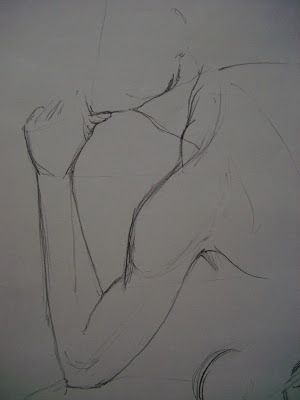 Mini versus Stretch
The stretch jeans and not the mini, it was the perfect choice. Even before I set off for Würzburg I had considered that, if got the chance to jump up on the table “à la Dr Mária Hári” to demonstrate the tasks, then I would take it! Hence no mini-skirt.

Dr Hári apparently did this often, jumping on tables, but not wearing mini skirts. Sadly, I only experienced it once, which was when she taught us Conductive Pedagogy in our crowded lecture hall, but I believe she did it on more public occasions when presenting papers abroad. Did anyone out there experience this?

Back to the point.
I was in Würzburg to present "Conductive Education" to members of the Parkinson’s Disease Self-Help Group, Würzburg, at their monthly meeting. This took place in a very posh hotel, with white-clothed tables and, although the opportunity did actually arise and I had already kicked off my shoes, I was not allowed to “dance on the tables!” A few straight faces in the audience vetoed it! Never mind, as ever the spontaneous, flexible, conductor, I remained shoeless and found myself a space on the floor in the middle of the white-clothed tables and carried on regardless.
Forty Winks
I was surprisingly calm before giving this presentation, probably because I had had no time to think. I finished my work in Nürnberg, changed from white clothes to black (the stretch jeans), then jumped into a taxi for the 15-kilometre ride to the station so I could catch the ICE train to Würzburg. All achieved in a record 40 minutes! No time at all to be nervous... I even had forty winks on the train.


Apart from a couple of stutters at the beginning all went well.
The crowd of 60 was larger than I had expected, all sitting at long tables across the room, sipping coffee and eating cake. I had been at a similar meeting a few weeks ago in Ingolstadt where it had been difficult to get the attention away from the victuals. Here it was no problem. I was introduced, I invited the audience to turn their chairs to the face the front, to avoid cricked necks, and off we went on a journey through “Conductive Education”.

On being foreign
Sometimes in my work my “odd” accent is a benefit and I think this was the case today, everyone was concentrating and all eyes were on me. No one seemed to have switched off, either because of medicine or interest! We actually had fun.
Diversity
I told them about Dr András Petö and his diverse interests and how he started up his institute in Budapest. I told them about myself and my diverse interests and how I came to study at this institute. I told them about my work as a conductor and the importance of the healthy Seele that lightens the heart and therefore the movements. I explained the structure of the programme and the tasks specifically for Parkinson’s disease.
Ground tasks
Eventually I felt I had talked enough about the theory and that is when I wanted to jump up on the table and do some tasks with the group. Alas it was not allowed!
So, as I have already said, I stayedgrounded.

Anyone who was at this point not switched on woke up immediately. Every single person in the room joined in the tasks, potential clients and their carers/partners alike. Arms and legs, eyebrows and heads moving in all directions to the count of "Eins, zwei, drei, vier, fünf"!

They evidently understood the lady with the strange accent and I hope a few had their interest raised enough to visit and possibly join our group.

I was fit to drop when it was over, but I had experienced yet another wonderful day at “work”. I am beginning to enjoy “spreading the word”!

I had been working with my stroke group in Nürnberg before I jetted off to Würzburg. I had considered the day doomed when at five minutes to nine only half the group had arrived (they had forgotten we were starting half an hour earlier because of my trip). I started the lying programme regardless and the others slowly filtered in and took their places. Somehow we all managed to turn it into the best day of the 3-week block, it was also the last until we meet again in July. Everybody was successfully achieving new goals.

We had a guest watching and a new client taking part, which might also have had a negative influence after the slow start, but it didn’t. The atmosphere was amazing, absolutely buzzing. It was motivating, unified, relaxed and cheerful. Healthy Seeles all round. It was the perfect way for me to set off on my journey and for my clients to get back to their daily lives.