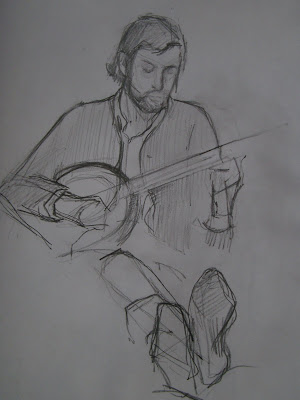 The Language of Music by Susie Mallett 1979

As some readers know I am a British conductor living and working in Germany. I write my blog in my mother tongue, rather than in German or Hungarian, not only because this is easier for me but also because it is always a treat for me to communicate in English.

Having studied, lived and worked in Hungary or Germany since 1989 I have rarely had the opportunity to discuss or practise Conductive Education in English. My only real experiences of Conductive Education in English were in Dr Mária Hári’s lectures for the British trainees and through practice many years ago with two lovely English/Polish-speaking lads.

I am thoroughly enjoying the opportunity my blog gives me to communicate my ideas and report about my work in English. I do, however, realise that some of my readers are German and, in order to make it more accessible to them and to readers speaking other languages, I have introduced the Microsoft machine translator. You'll find it in the top right hand corner, under Diese Seite Übersetzen, which is "Translate this site" in German. It doesn't just do German. Click after where it says "Translator" to see the other languages available.
I discovered the translator on Andrew Sutton’s blog where readers can also use it to translate his blog - Conductive Education World.

I have tried the translator out and it produces a reasonable translation. It is rather formal in comparison to my own style of writing and there are, as one finds in most of these translating programmes, the humorous errors which are all part and parcel of the process.
It is good enough though to get the gist of the posting and gives readers the opportunity to dig further if they wish.