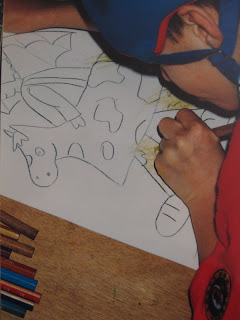 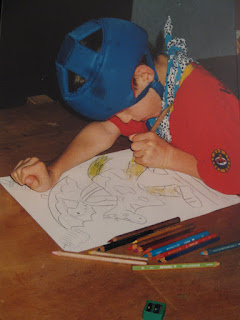 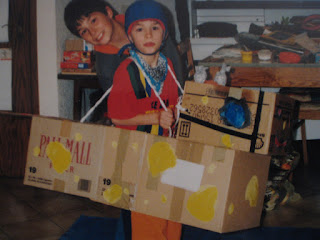 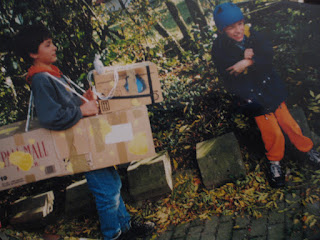 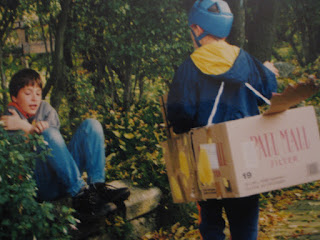 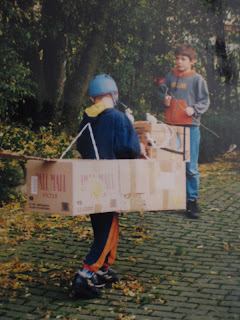 Just last week there were four instances of conductive children, who are now conductive adults, popping their heads up.

One young lady sent me an email for the very first time as an adult. I communicate regularly my email with her mother even though we have not met for ages since I stopped working, physically working that is, with the family about eight years ago. This child, who is now twenty-two, is studying for her master’s degree in psychology. She wrote to thank me for her birthday present. 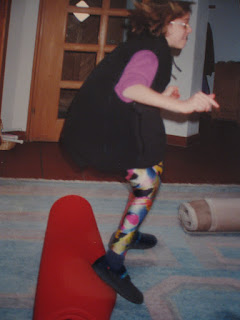 I met another ‘ex-child’ at the conductive cooking-and-craft evening group. I first met her when she was two or three years old, and again later as a pre-school child when I began to work conductively with her. She now lives near to the centre where I work and our lives have crossed often over the years. Now, at eighteen-years-old, she is back in the fold, working with Évi and still speaking to me in English – she grew up in a bi-lingual family.

On the same evening, in the same group, I met another young lady who had been in our conductive groups as a child. We have met at various events over the years and I have regular contact with her mother too. This young lady is now working in the workshop and living in the sheltered housing that are both part of the Association that I work for regularly. I am really impressed with how this she has developed.

I really do believe that what I saw in this young lady and in many of our adult children is what conductive upbringing is all about. She was so active in forming her own busy life.

When I meet or communicate with these young adults I observe how conductive upbringing really is not to do with learning to walk (although this does often come about as well through the whole process of learning). It is to do with learning to be in charge of one’s own life, as much as one possibly can, of course.

Conductive learning is important whether one has a physical difficulty to overcome or not. The third of these young ladies learnt to walk in the conductive groups as a child and she can still walk short distances with four-point sticks, but she is dependent on a wheelchair to be active and take part in life. She is also dependent on many people in many ways who all help her take part, but the important thing is that she knows what is available and how to go about getting and doing what she wants and needs. It really was a pleasure to meet her, and to see that she too is back in the fold, with conductive pedagogy helping her to solve problems that occur now in her adult life.

When I got home that same day, after a late evening, the phone was ringing. It was my client from northern Germany, Laddo. I had been wondering when he would be reporting in, as I had not heard from him for a long time. He usually reports in regularly, more often or not when something is up!

I still do not know what was really up this time, although he did tell me that his parents had been invited to attend a meeting with him at the workshop where he works. When I asked whether all was well there he just said that it is still not the best but he is getting there! He did not seem to be as concerned about work as he has been in the past.

I think what was most important for him to talk to me about was the latest news on his job in the village, playing the part of Saint Martin in the yearly pageant to celebrate this Catholic saint.

He took over this role two years ago, due to the sudden illness of the man who had played Saint Martin for more than fifty years, riding a horse through the village, leading the procession of lanterns, and then dividing his blanket in two for the poor beggar who huddles outside the church gate. Fortunately the elderly man recovered but still he decided that it was time to give up the role permanently, and thrilled the whole village when he passed it on to Laddo.

Laddo has always been fascinated by this story. You can see in the photographs in this posting how the horse that Laddo and I made out of cardboard boxes, as a toy to develop balance while walking and playing outside, immediately became St. Martin’s horse, and how Laddo and his twin brother took on the roles of St. Martin and the shivering peasant.

I think that the telephone call last week was because of the nearness of this event, and particularly because of the sudden death of the horse that Laddo has been used to riding. The horse belonged to his riding instructress and Laddo had been riding it for years. Now with only days to go before his big performance in the village he has to get to know a new horse. He will do it, taking it all in his stride as with everything that he does, but he always has to phone me when something new comes up. I think that he needs the reassurance from me because he knows that I know what he is capable of. He also needs someone who will listen patiently as he talks through his fears and help him to find the confidence that he needs to get on with the job.

It is not everyone who has the time or the patience to listen as it takes a long time, especially over the phone, to understand what Laddo is saying.

He is the one with the more patience because he will repeat and go around the bushes until I twig what it is that he wants to talk about. I am always surprised at the depth of our conversations, considering how difficult it is to understand Laddo. By the time that I came to tell Laddo that it was time for me to get my tea I think that he was more content then when he first called. But, just to make sure that things went all right on the night, he asked me to think about him on 11 November, and he promised to call me afterwards, as he always does, to let me know how it all went.

I am looking forward to seeing photographs of Laddo on the new horse and I shall cross my fingers that there will not be a downpour as there was on his first outing as Saint Martin.

One day last week when I was feeling old and tired I realised how lovely it is to have been around for so long as a conductor, and to be 30 years older than my colleagues. I love to meet these young people 'who were once conductive children' and to be immediately taken into their confidence because they have known me for so long. I love to have my regular phone calls and long chats with Laddo so that he can find the reassurance to attempt things that are new and challenging.

Next time that my knees hurt and my back aches from walking with a three-year-old I will remember what happened this week when I communicated with these four young adults and hope that I, or someone else, will be around to give advice and reassurance to the three-year-olds of today.