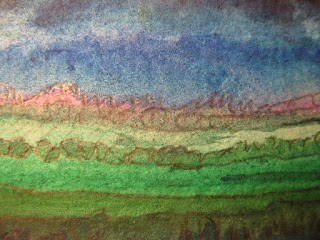 Not just a little bit of luck

A few weeks ago I read an article in my Guardian Weekly by Anna Kelly, about the services now on offer for children with cerebral palsy in Dhaka, Bangladesh.

It should not really just be down to luck, wherever in the world you are living, to receive good advice and guidance when facing problems concerning disability, but that is how it often is, in many countries in the world.

Developments in Bangladesh are such that it does not always come down to luck anymore but the family featured in the article certainly was lucky that this centre exists near enough to their home for them to attend.

The head of the Centre’s paediatric unit, Hosneara Perveen was interviewed for this article­­ –

‘The earlier they get there the more we can do for them; the problem is that mothers are so in the dark about cerebral palsy that children are often not diagnosed until they are six or seven.’

This sounds like a very familiar story too. We also hear in Europe about late diagnosis.

Perhaps the diagnosis is not quite so late as six or seven years of age, but we still hear about how parents very often receive information that they so desperately need only after months, sometimes years, of enquiry and appointments.

I have been looking at the website and reading about the centre, its origins and the work that it does. It really does sounds like an amazing place to be referred to for rehabilitation. It caters for both adults and children and is involved in all aspects of the clients' lives.

‘Cerebral palsy cannot be cured, but it can be managed. The Centre offers a mix of group sessions, physiotherapy, play and music therapy, and education classes for parents, it admits children from three months to twelve years old.’

This Centre is not somewhere the parents come to with their children, for just an hour of physiotherapy. It is a learning centre where the parent and child featured in the article attended a two-week course of group sessions, physiotherapy, play and music therapy, and education classes for parents.

This article also mentions the social stigma that is associated with being the parent of a child with motor disorder, and how this stigma often prevents families from discussing the development of their child with medical professionals and from looking for help.

The head of the Centre stated that the only way forward is through educating the families, explaining exactly what the diagnosis is, how it happens and how to proceed. The mother mentioned in the article says that understanding cerebral palsy, learning how to play with her child and how to help develop her language skills was transformational for her.

The family left the Centre with knowledge and the skills to continue back home.

‘The challenge now is to find a way to provide the same kind of education and physical therapy service to the millions of other children with cerebral palsy across the country.

Outreach services are next on the centre’s list. Perveen has already dispatched some of her staff into the field with former patients, after mothers told her that their children were being excluded from school.’

Again the problem sounds like a familiar story, with the solutions perhaps being found as fast, if not faster, than in other countries.

The caption under the photograph in the Guardian Weekly article says –

I decided to investigate on the Centre’s website what this actually means and I was delighted with what I found.

‘CRP has operated a special needs school at its Savar headquarters since 1993. However, recognising the shortcomings of a segregated educational system, CRP began construction of an inclusive school building in 2003. This new school combines CRP's special needs students and students from CRP's mainstream school which accommodates children of staff members and local children. By mixing and interacting with disabled children at an early age many of the barriers and superstitions surrounding disability will be broken down, leading to a more tolerant and understanding society. An inclusive educational environment also enables children with special needs to access a level of education suitable for their capabilities and to have the same access to sporting, recreational and extra-curricular activities as those attending mainstream schools.’

I expect that there is much that we could learn from this example.