Is something fishy going on? 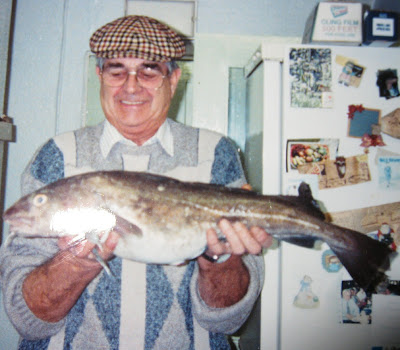 Yesterday I had all sorts of things planned for after work, including several blogs. It was nine o’clock and almost dark by the time that I got my bike locked up and covered, and myself up the stairs for a cup of tea.

Due to tiredness I abandoned everything except for a telphone chat with my Dad and the letter to the university with my questions on “Research, or spam?” -

How glad I was that I did both. Dad and I enjoyed talking with each other very much, and we were both very chatty, despite being tired. He had had a long day too, out with his younger brother on the Norfolk Broads. The email on, spam or not spam, resulted in a reply almost immediately. I was in bed by the time that this came in but it was ready and waiting for me in my in-box this morning.

A strange thing is that my reply email this morning was immediately returned by the Mail Delivery Subsystem which told me that this email address had already been marked as spam!!!!

I now know that Gill Maguire has also received this same original email request. She mentions on her blog that the form that the email takes gives her too cause for concern, even though she is used to requests for information from all over the world.

In my letter to the Associate Dean (Research) of the university in question, I pointed out that it was the “tone, phrasing, lack of supportive information and potential to cause anxieties to recipients” that had caused me concern. These had given me doubts as to whether the email request that I received was genuine.

The Associate Dean replied that the form that this email took does indeed give cause for concern, and that she was thankful that I had brought it to the university’s attention. It was confirmed to me that the university does have a rigorous policy for ensuring that research ethics are attended to, and that this includes the manner in which participation (in this case my own particular help) in a research project is sought.

So is it spam after all?

Interestingly, the Associate Dean is of the opinion that it is highly unlikely that this approach to me, and now also to Gill asking, for our “help”, is genuine. I have asked her to inform me if it turns out that it is indeed the genuine article.

Thank you to Andrew Sutton, Freddy, László Szögeczki and Emma McDowell for their comments on my previous posting. Gill Maguire has her own posting on the matter at:

I am still wondering where the author of these emails found our email addresses, if not on our blogs. I also wonder why, if as Andrew Sutton still suspects they are genuine, the author has not come forward and told us so.

At the moment we are all still guessing, including the Associate Dean (Research).

Wonderful how, in the best possible taste, you are keeping us all in dramatic suspense over the identity of the university involved!

All the more fun when that identity is finally reealed in the final scene!

You see, I still do not feel that my nul hypothesis has been overturned.

If I correctly understand what you have written above, then you sent a second letter to the Associate Dean (Research) this morning, in response to her most propmt reply to your first. It was this that your mail system bounced back to you as a spam address.

Presumably that address included the mark of all UK universities' URLs (and a few other places' too): 'ac.uk'.

Ergo, my dear Watson, the original 'research email' had indeed been sent to you from that universities' email system. It could still of course be a joke, hoax, malice etc. on the aprt of an individual, but cui bono?

To my mind, Occam's razor slill leaves us with a research project.

Whatever this morning's enquiries turn up, I do look forward to the next gripping installment.

Sorry Andrew, I am not much of a Watson when it comes to computers so I will leave the detective work to you!

I will give you a bit more information to clarify what happened this morning with spammy emails!

I sent an email last evening to the Associate Dean of the university using the link I found on the website, this email went off successfully and was answered almost immediately.

This morning I clicked on "reply to this mail" but it wouldn't go so I sent my reply again directly from the website and as before sending was successful.

As to why this happened I have no idea, the email addresses were identical, and both processes opened up my email programme, also I have not told my email in-box yet that any of these addresses are to be treated as spam.

I have no idea if you can still come to the same conclusions or not with this information. It is all far too far above my computing head I am afraid.

I will just wait patiently for an answer from the people at the other end.

I had not been aware that I am keeping you in dramatic suspense as far as the university's name is concerned. It is quite unintentional I can assure you.

I was never intending to name the university in question as I do not think it is relevant to the story, but from reading your writings on the subject it looks as if you think it is.

It will of course be relevant if I ever find out who the mail is from, what it is all about and discover that there actually is a research project going on. If or when this is the case then I will definately ask the people or person concerned for information to publish on my blog.

It would be interesting for us all to know about any CE research projects whether they are about furniture or other aspects.