Are the voices getting louder? 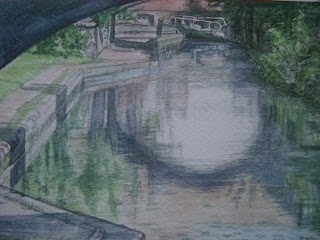 Have people seen the discussion developing on the Net about conductor's "Voice”, or rather lack of it. I've just addressed my bit to Andrew Sutton's and Laszlo Szogeczki's blogs. This is what I wrote:

I am experiencing some of these problems you mention myself here in Germany at the moment and because of my lack of "voice" I am dangling on a string waiting to see if I have any work when term starts again later this month. As you say conductors move from place to place and are either dependent on charitable organisations or parent initiatives to give them work and often choose to keep a low profile.

Time is also a governing factor and in the small groups of conductors working all over Europe there is rarely one where a conductor is responsible for organisation, thus having a "voice", this is left to a non-conductor. Conductors are needed for the hands-on work.

Also because of language barriers conductors do not have the contact with all the different authorities and departments which are involved in the financing and organisation of CE groups, so once again no voice. It is almost as if CE takes place with a hidden, invisible presence, the mysterious conductor, in the background.

This lack of a "voice" has a detrimental effect on developing Conductive Education as a profession outside of Hungary.
Posted by Susie Mallett at 17:01