Motivation ... the power of words and actions 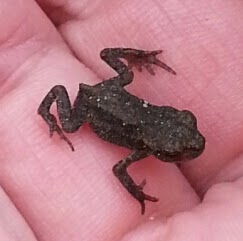 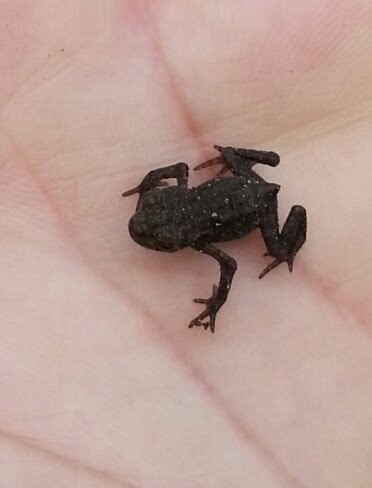 On the top of my fridge is a sign that says Never, Never, Never, Never GIVE UP! It was a present from a friend and it is one of those special objects in my flat that I notice daily.
It stands in front of the microwave so that I have to pick it up each time that I open the door and in doing so I give some thought to what the words mean to me.
Because of this Deans’ Stroke Musings recent posting called Don't ever give up was bound to catch my attention, even more so as it is about frogs and while walking in the woods yesterday the path was moving in front of each step that I made as there were thousands of tiny frogs, like the one in the picture above, all on the move, all hopping along on the path to survival –
http://oc1dean.blogspot.de/2014/07/dont-ever-give-up.html
I have also seen the picture featured in this posting many times before, but I have never heard the story that follows it.
I hope Deans’ Stroke Musings does not mind me publishing it here in full –
Don't ever give up
Posted: 19 Jul 2014 07:48 PM PDT
I've seen this image a few times over the last week. Even using tineye.com I can't figure out who originated this.

This needs to be posted over every survivor’s bed.  I imagine the bird being my doctor. 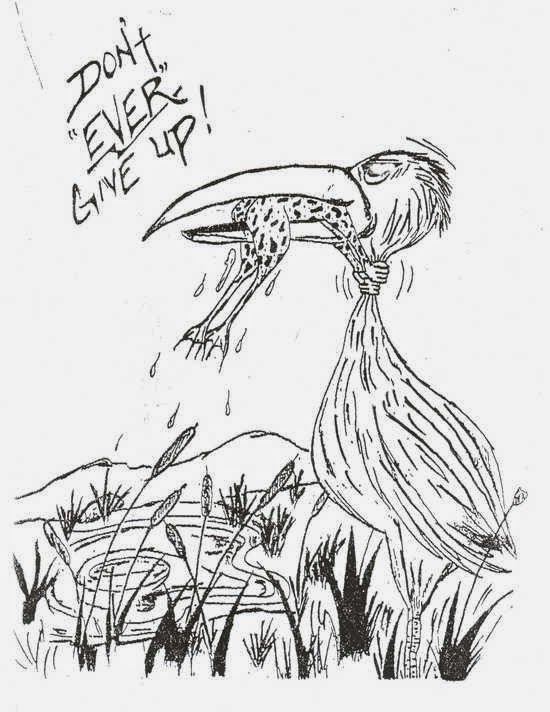 It reminds me of the other frog story I've heard.

A number of frogs were travelling through the woods. Two of
them fell into a deep pit. All the other frogs gathered
around the pit. When they saw how deep the pit was, they
told the two frogs that they were as good as dead.

The two frogs ignored the comments and tried to jump up out
of the pit with all of their might. The other frogs kept
telling them to stop, that they were as good as dead.

Finally, one of the frogs took heed to what the other frogs
were saying and gave up. He fell down and died.
The other frog continued to jump as hard as he could.

Once again, the crowd of frogs yelled at him to stop the
pain and just die. He jumped even harder and finally made
it out.

When he got out, the other frogs said, "Did you not hear
us?" The frog explained to them that he was deaf. He
thought they were encouraging him the entire time.

1. There is the power of life and death in the tongue. An
encouraging word to someone who is down can lift them up
and help them make it through the day.

2. A destructive word to someone who is down can be the
push over the edge. Be careful of what you say. Speak
life to those who cross your path. Anyone can speak
words that can rob another of the spirit to push forward

Thank you once again to Deans’ Stroke Musings for more food for thought.
Posted by Susie Mallett at 23:40